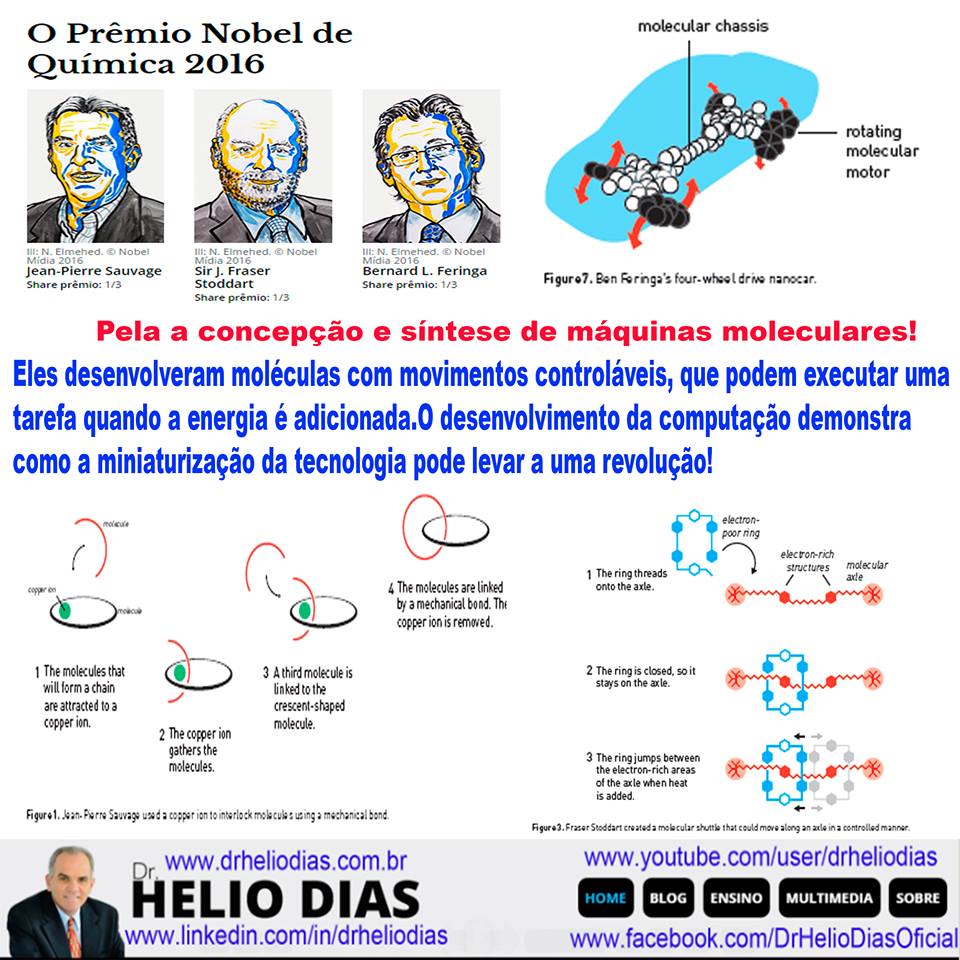 How small can you make machinery? This is the question that Nobel Laureate Richard Feynman, famed for his 1950sâ predictions of developments in nanotechnology, posed at the start of a visionary lecture in1984. Barefoot, and wearing a pink polo top and beige shorts, he turned to the audience and said: âNow
let us talk about the possibility of making machines with movable parts, which are very tiny.âHe was convinced it was possible to build machines with dimensions on the nanometre scale. These
already existed in nature. He gave bacterial flagella as an example, corkscrew-shaped macromolecules which, when they spin, make bacteria move forward. But could humans â with their gigantic
hands â build machines so small that you would need an electron microscope to see them?
Vejam este vÃ­deo:
Trecho da Palestra ” Tiny Machines ” de Richard Feynman