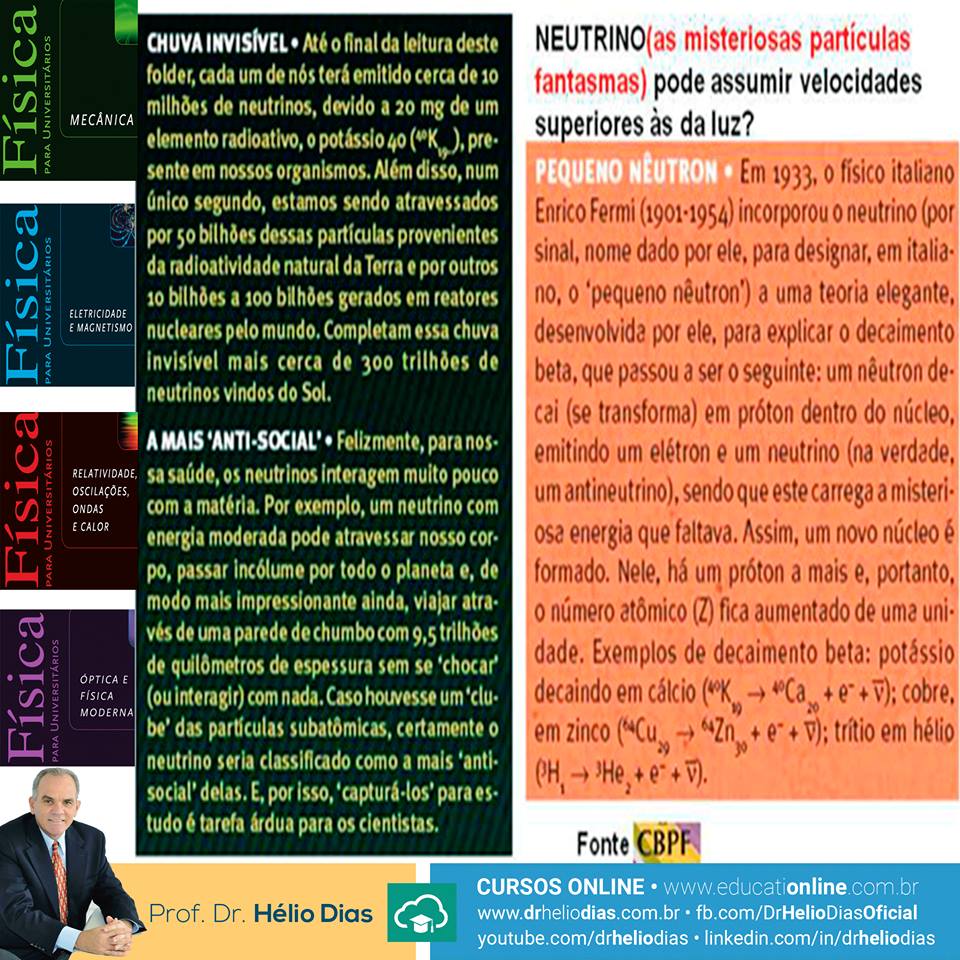 O QUE MUDA SE O NEUTRINO PUDER ASSUMIR VELOCIDADES SUPERIORES ÃS DA LUZ?
Hence,if the recent CERN experiments are correct the cosmology, nuclear physics, atomic physics, laser physics, etc. all in doubt, and also the fundamental theories of particle physics are also thrown in doubt. The Standard Model of particle physics (containing quarks, electrons, neutrinos, etc). is also based on relativity and would also mean that string theory may also be wrong. String theory has relativity built-in from the start and the lowest octave of string contains the entire general theory of relativity. So you can see why physicists are breaking out in a cold sweat contemplating the demise of relativity. Not only will all textbooks have to rewritten but we will also have to recalibrate all our physics calculations, not to mention all of our theories of both nuclear, atomic physics and cosmology. What a headache! So, I think most physicists are holding their breath, wishing that the recent CERN experiment is shown to be flawed and something of a false alarm. However, there is the slim chance that the result holds up. Then relativity may fall and we will have to await the coming of the next Einstein who can make sense out of it all.In retrospect however, This is How Science is Done.(Michio Kaku)