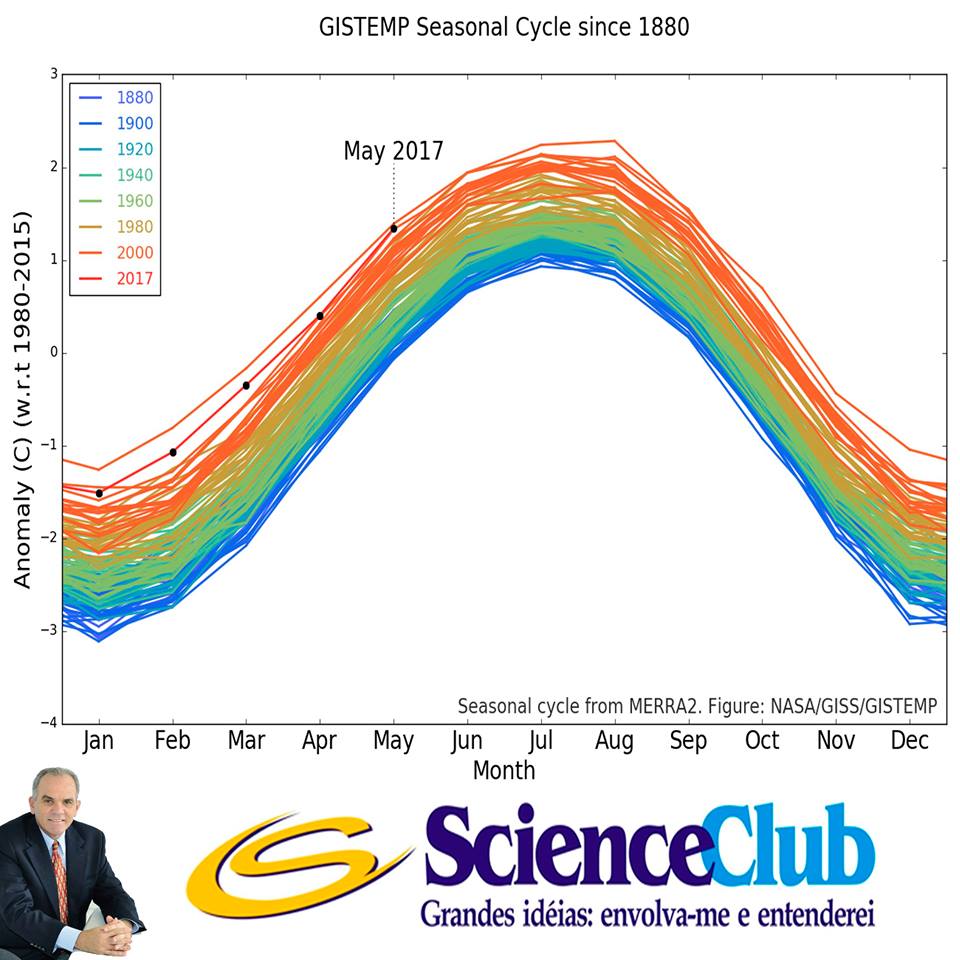 May 2017 Was Second Warmest May on Record!

May 2017 Was Second Warmest May on Record
Posted June 15, 2017
May 2017 was the second warmest May in 137 years of modern record-keeping, according to a monthly analysis of global temperatures by scientists at NASA’s Goddard Institute for Space Studies (GISS) in New York.Last month was 0.88 degrees Celsius warmer than the mean May temperature from 1951-1980. The two top May temperature anomalies have occurred during the past two years. 2016 was the hottest on record, at 0.93 degrees Celsius warmer than the May mean temperature.